When Rome became an empire it was a solar energy society, the public works, education, the army and social benefits for citizens needed more and more money. In those days, this required also financing. It was done by taxation and by debasing the currency (inflation).  Taxes became eventually so high that the landowners abandoned their farms, causing food production to fall (Zimbabwe).

Each time in history there was a major economic crisis and war, complex society was saved because it was able to switch to a more economical source of energy: from Solar energy to Wood, from Wood to Coal (steam), from Coal to Oil (liquid energy engine), from Oil to Nuclear............?

Faced with a price that becomes too high to maintain complexity, a society can choose to become less complex. A recent example of a society becoming less complex was the USSR in 1990.  The Soviet Union then granted autonomy to its formerly controlled states. This lowered the cost of government while letting Russia keep enough military power to both protect itself and to feed its people. 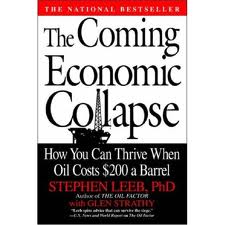 More recently, the same phenomenon was seen when the Czech Republic and Slovakia fell apart.  Because of the higher cost to keep these societies on a high level of complexity, political resistance is slowly but surely diminishing. We see similar evolutions in Belgium, Spain, and France (Basques, Catalonia)

With the ever increasing price of energy and worsening economic problems in Europe and North America, we may in the future see less complex political structures.

Within the EU, Greece, Italy, and Spain have enormous financial problems. Spain and Greece, for example, should be able to devaluate its currency. However, being part of the EU such action has become impossible. In economic terms, this implies that the only possible corrective action will be a recession and probably a depression: if the value of the Fiat Money cannot be adjusted, then the value of the Goods will.

For North America, some writers are proposing the “Amero”. Under this system Canada, the USA, and Mexico would fall into one financial system. The Amero would then be able to compete with the Euro. In a nutshell, it would be a similar action like Europe has seen with the EU some years ago. But talks about an Amero are MOPE and we'll probably see the opposite: secession of the USA and the advent of LOCAL-STATE-CURRENCIES.

Actually, the formation of the EURO was an idea created by Globalism that was marketed by politicians because at that time it was a win-win situation for both entities. As explained in earlier articles, Globalism will under pressure of higher energy prices, now have to reverse course.   In all cases, it has become impossible for Globalism to survive in an environment where the price of energy skyrockets.

Electricity (and quite often oil and its derivatives) has become a means of collecting taxes. (click to enlarge) 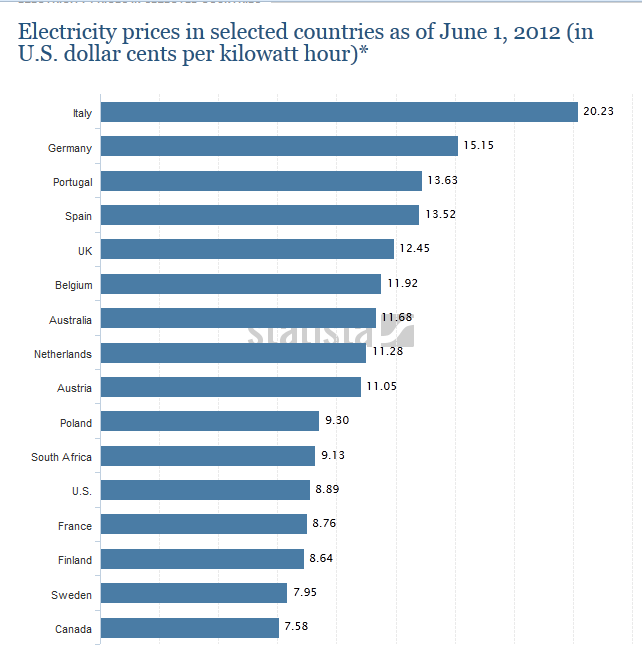