A Remake of Operation Gutt

IF YOU HAVE MONEY...YOU ARE GAME ! 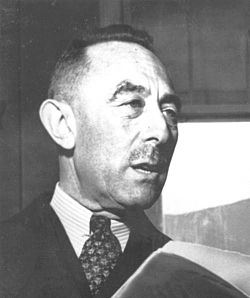 The first president of the IMF (International Monetary Fund) was Camille Gutt...the very man who planned and orchestrated the haircut after World War II. Older generations still remember many people who took their life during and after this LEGAL THEFT operation.

Super Tax on savings suggested by the IMF: A group of IMF economists is discussing the idea for a one-time haircut tax on the savings in the eurozone: a super-tax of 10 percent This would improve/correct the debt situations of most European countries with a single stroke. It would be an alternative to tax increases and spending cuts.

The economists pretend that this is a purely theoretical proposal, but also an efficient solution to the debt problem. For the 15 eurozone countries, the measure would reduce the debt to the acceptable levels we had before the financial crisis of 2008.

The idea of a one-time haircut tax on savings is not new and occasionally re-emerges. In 2011 the Boston Consultancy Group already suggested something similar. At that time the advisers calculated that a 30 percent tax would be requested to solve the European debt/financial crisis. In April this year Steen Jakobsen, chief economist of Saxo Bank, proposed a tax levy of 10 to 15 percent.

Forcing citizens to pay for the crisis with a one-time super tax is very unusual, but an attractive idea, according to IMF economists. "If it is implemented before people can withdraw funds and it is sold as a one-time tax, it won't even distort their behavior. Perhaps some people will even see it as fair."

In the eurozone, there are a lot of savings. Your savings.  Taxing savings by 10 percent yields Germany around 100 billion euros. The total of Dutch savings accounts in late August was 329 billion euros. A one-time tax charge of 10 percent thus provides nearly 33 billion euros, about the same amount as governments now want to save.

Camille Gutt was a man who invented and orchestrated a similar action right after World War II...He became the first president of the IMF...click here for more

This is HOW authorities organize LEGAL THEFT...If you have savings, you are the game. Today as everything is DIGITALIZED, it has become even easier.

In France and The Netherlands, there were similar actions. In France, Andre Citroen and Louis Renault lost their complete fortunes.