After adjusting for inflation, the future of the Real Estate dream seems rather gloomy

For many, homeownership is completely out of reach, with sky-high rents and falling real income making it impossible to save for a down payment. 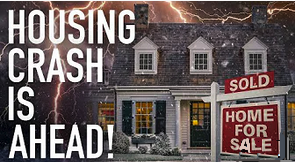 Whether it's a house with a white picket fence in the suburbs or a high-rise apartment in the heart of a vibrant city, owning property is considered part of the “Big Dream” by the vast majority of families. However, for many, that dream has become a nightmare because of ever-increasing home prices and stagnant wages.

After adjusting for inflation, the future of the Real Estate dream seems rather gloomy: Median home prices increased 121% nationwide since 1960, but median household income only increased 29%. Homebuyers aren’t the only ones struggling. Median gross rent increased by 72% since the 1960s, more than twice the growth seen by adjusted incomes, making renting costlier than ever and saving for a future home difficult, and killing demand.

Not only do we have an aging population but there are fewer REAL SAVINGS to buy a house. Even with ZERO interest rates, today's generation can no longer afford a home.

"Rising rents, lower real income, and increasing home prices make it harder than ever to save for a down payment and afford monthly mortgage payments." 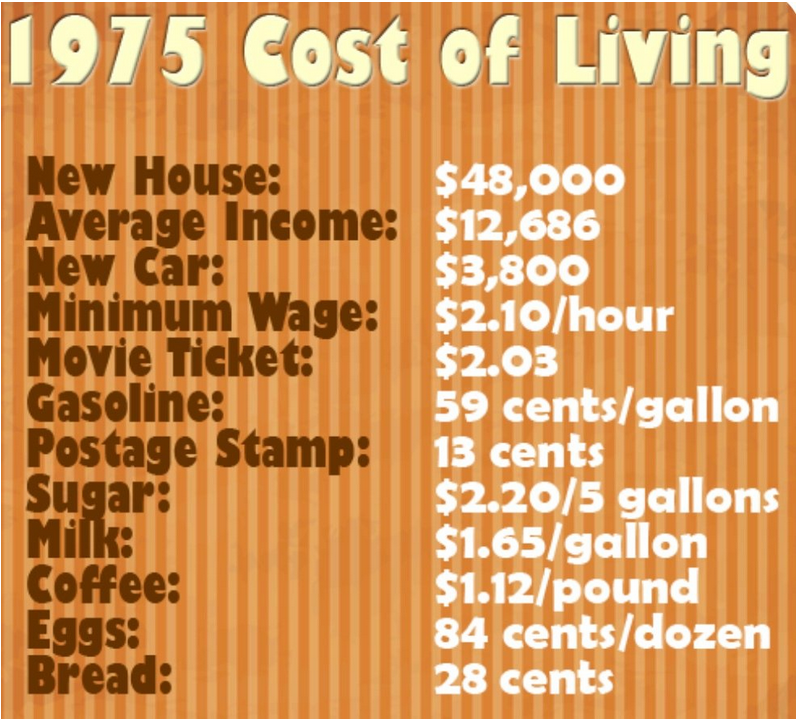 "Today people are encouraged to buy overpriced homes with money printed by the Central Banks."

What many still not realize is, that today in the Western World, although the Fiat Prices still hover at record prices, the REAL PRICES have already started to crash. Actually, the trend reversed in 2004-05 and the Real Price of Real Estate has been crashing ever since. In a normal-historic cycle, the price will come down until the level where it started the climax or respectively 1981 and 1960.

Whereas in 2005 one could buy a property with 15 x 1 kg gold bars, today one only needs 5 x 1 kg gold bars and we expect that this figure will continue to come down until at least 1 Troy Ounce (32,1507 gr) for a single-family home. 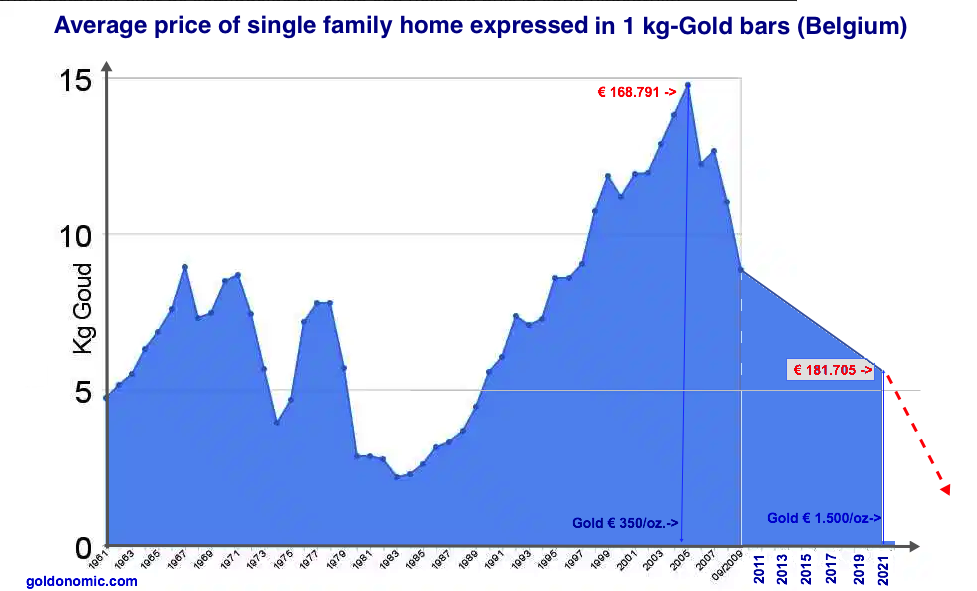 As the hyperinflationary depression unfolds,  the REAL INCOME will also correct to the 1970 level where it started to rise after Nixon closed the convertibility of currencies into gold.

To many, it will and may not look dramatic, but the reality is that the REAL price of Real Estate and homes will severely crash over the next years. Other factors that will add to the bearish pressure are: the taxation, an inverted population pyramid (or more people selling properties than buying),  falling REAL pensions, the rising cost of living (food, utilities, medical services,...), aging Real Estate,

Treacherous is the higher Real Estate price expressed in Fiat currency, while it has been falling since 1971 or the very day, the convertibility of CURRENCIES into Gold was lifted. This solid long-term trend is the very proof that one cannot have a prosperous economy based on FIAT MONEY.

REAL ESTATE is an extremely DANGEROUS sector to be invested in when entering any kind of depression (inflationary or deflationary) because the market dries out, selling becomes impossible and even illegal (Germany after the Weimar).  Worst case scenario, there is some kind of WAR, and your property gets bombed. (most people don't realize insurance cos don't cover this kind of risk).  Also, when you have to flee, as your house is solidly cemented to a parcel of land,  it is impossible to take your home with you.