The collapse of the USSR a lesson for the EUSSR?

The collapse of the USSR a lesson for the EUSSR? 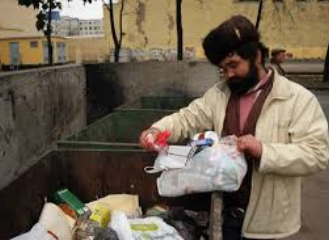 In 1989-1990 the unimaginable happened: the Soviet Union collapsed. And the economy crashed. Inflation, then hyperinflation, followed, as the government started printing money like crazy in an effort to continue making interest payments on its debt. Prices skyrocketed.

At some point, stores stopped displaying price signs. Why bother, if they were doubling every other week or so? Salaries and pensions did not keep up with inflation; almost everyone became poorer with each passing day.

Most people were caught completely unprepared. All Russians who by the early 1990s had saved enough money to buy a decent house, plus a car, and still have some savings left over, lost it all. Like is the case today, most Russians didn’t know the first thing about money, finance, or economics. So no one knew how to react to the hyperinflation that was unfolding in front of their very eyes. Everyone was frozen in disbelief.

By 1990, before the crisis, Russians who had saved 50,000 rubles had enough savings to buy a house and a car. However, after a few years of crisis, all one could afford to buy with the money was a pair of winter boots. In a few short years, all savings had been inflated away.

But not everyone had lost during that time. Those who successfully navigated the financial Wild West of the 1990s in Russia turned this crisis into the opportunity of their lifetimes. For example, people were offering to exchange a flat in Moscow for a poor-quality Soviet car. It was an unbelievable trade when you think about it; the guy with the apartment was probably panicking and trying to leave the country, so he thought it would be a good idea to trade his apartment for a car.

And naturally, the savviest people were able to buy extremely high-quality assets on the cheap-- like real estate and businesses, including shares of newly-privatized oil companies. Investing in Gazprom in the early 1990s was a great example. Later these people became known as Russian oligarchs.

Now, I am suggesting that the same financial catastrophe will take place in the US or Europe. This very recent history should serve as a reminder: idiotic economic policies almost always have consequences. When a government goes out of its way to destroy economic incentives, through higher taxes or abusive regulations, bad things always happen. 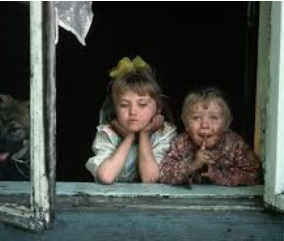 All of these issues in North America and Europe certainly will create consequences for the dollar and euro someday. This isn’t a dire prediction, it’s just common sense… something that most politicians seem to be lacking these days.

It’s important to think about the risks and consequences and prepare for them in advance. Many Russians lost their entire nest egg and became victims of other people’s stupidity because they were unprepared.

But today we have access to so much more information and education. We can learn about how gold and silver have maintained their value against inflation for thousands of years.

"We know how Gold & Silver have maintained their value for thousands of years."

And we can make a Plan B… just in case the unthinkable happens. Because if 2020 has taught us anything, it’s that absolutely anything is possible. Want to know more about your plan-B? send an email to This email address is being protected from spambots. You need JavaScript enabled to view it.. It's is cheaper and goes faster than you think.