How to read PF charts I

I. Point & Figure charts consist of columns of X's and O's that represent filtered price movements. X-Columns represent rising prices and O-Columns represent falling prices. Each price box represents a specific value that price must reach to warrant an X or an O. Time is not a factor in P&F charting. These charts evolve as prices move. No movement in price means no change in the P&F chart. In classic 3-box reversal charts, column reversals are further filtered requiring a 3-box minimum to reverse the current column. The 3-box Reversal Method is the most popular P&F charting method. Articles in Goldonomic are base on this method.

On a P&F chart, price movements are represented with rising X-Columns and falling O-Columns. Each column represents an uptrend or a downtrend of sorts. Each X or O occupies what is called a box on the chart. Each chart has a setting called the Box Size, which defines the price range for each box.

Each chart has a second setting called the Reversal Amount that determines the amount that a stock needs to move in the opposite direction to warrant a column reversal. Whenever this reversal threshold is crossed, a new column is started right next to the previous one, only moving in the opposite direction. Goldonomic uses 3 box reversals...only when 3 boxes can be filled, another column is used.

P&F charts do not show time linearly. In contrast to bar charts, the spacing between price changes will not be symmetrical. The chart evolves only when there is a price change big enough to warrant new X, a new O or a new reversal column. Chartists can view the passage of time on a monthly basis. Numbers and letters on the chart indicate when a new month has begun. For instance, the number "2" shows where February started. The letters "A", "B", and "C" are used to indicate the beginning of October, November, and December. 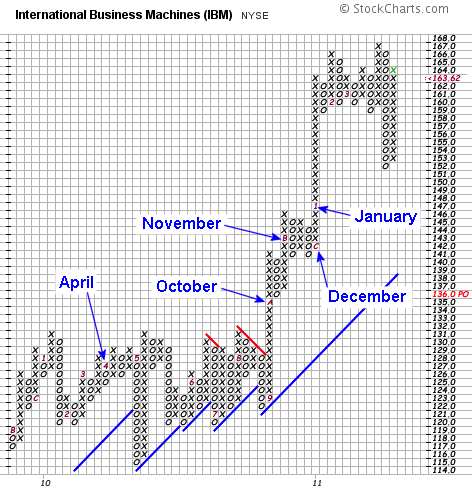 How to calculate targets on PF-charts: 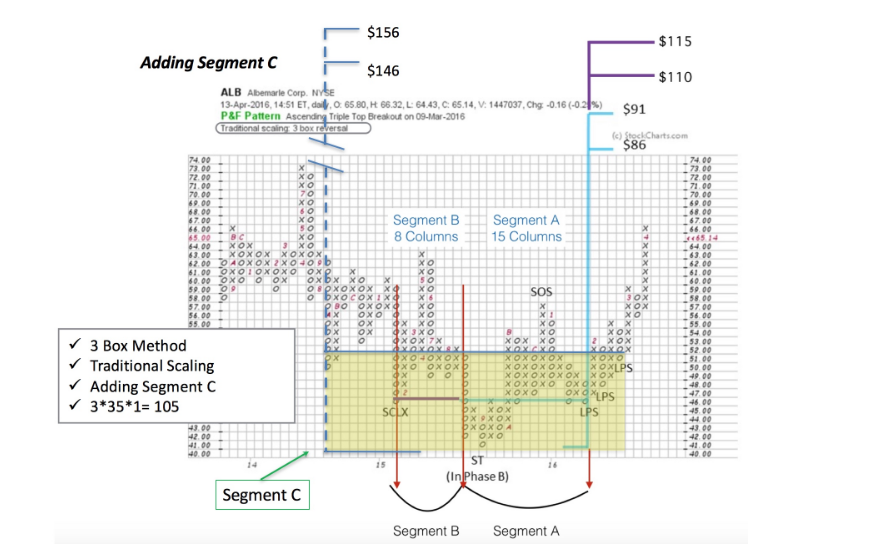 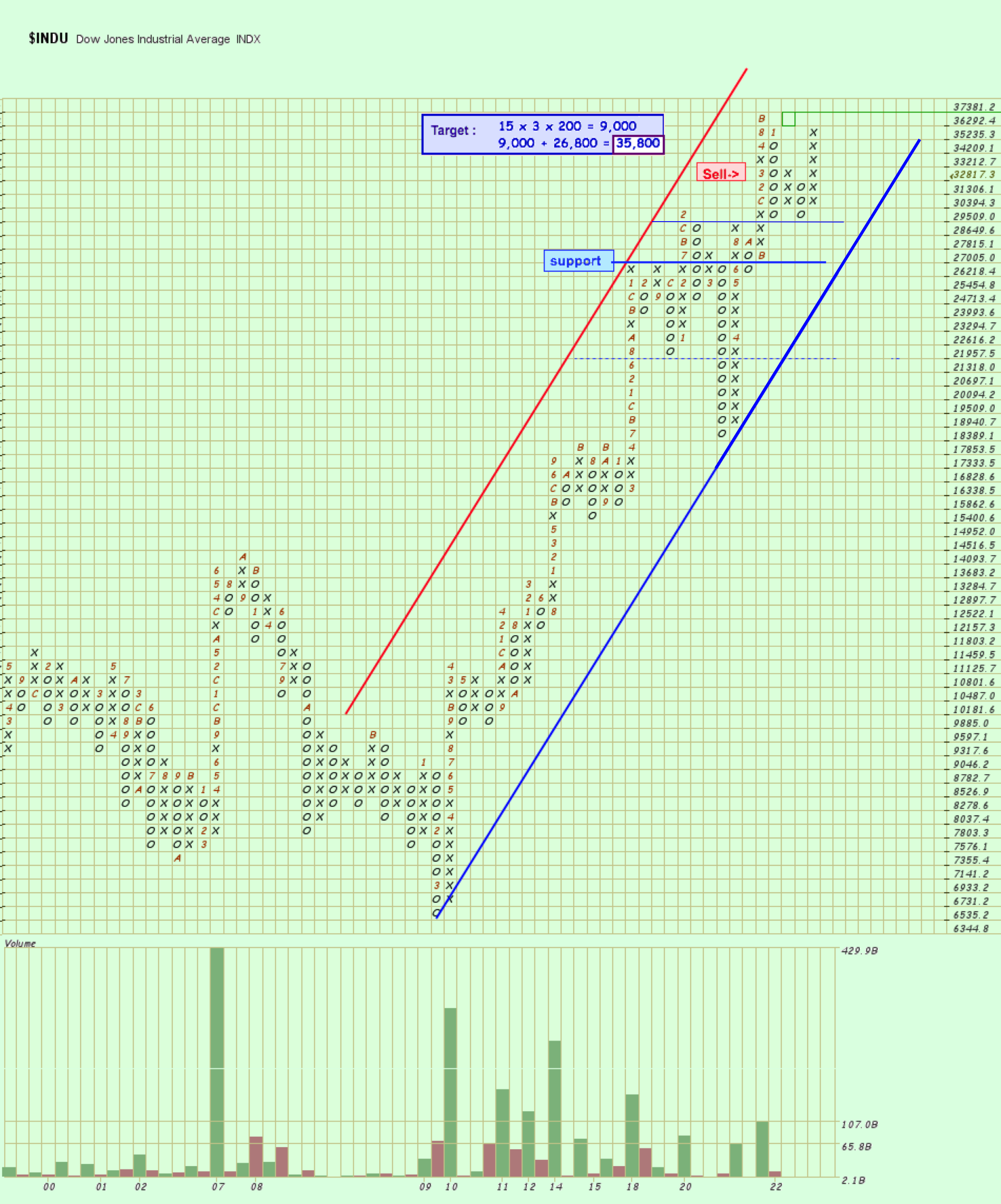