The Russians came, saw and left 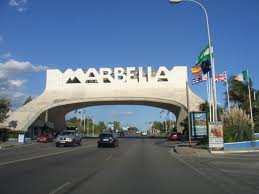 If you’ve made your way over to Europe in the last few years, you may recall being inundated with flyers, billboard messages and seminar advertisements for Spanish property, particularly if you were in the UK. British buyers were scooping up ”cheap” homes in Spain at a blistering rate, reenacting the turn-of- millennium Florida boom. Builders followed the trend, doing what comes naturally to them, until there seemed to be an off-plan Spanish condo for every man, woman and child in Great Britain. The nice thing about real estate is that demographics can be counted on to resolve any supply and demand anomaly, even if painfully.

This is bad news for the coastal communities because, other than real estate, tourism, and the container port in Algeciras, there is no real economy in southern Spain. Mainly they sell sun, homes, and stuff to fill homes. And judging by the vacancies, more people are choosing sun over shade. This is worse than Miami, the other bubble-busting, sun-drenched prairie of empty homes. At least southern Florida has an attractive tax regime and modern infrastructure that lure new businesses and jobs. Not so southern Spain, where the tax code and infrastructure were both conceived in an era of donkey riding and windmill charging.

How Did This Happen?

Everywhere you wander from Malaga to Cadiz, you’ll find empty apartments and apartment projects left half-built. As Simon would say, “The only person making money in this real estate market is the guy who paints the ‘Price Reduced’ signs.” It seems like there’s an idle “overseas property specialist” on every street corner.

Most of the real estate agents are British because, for the last twenty years, most of the buyers in coastal Spain were British, with a smattering of Germans and other northern, sun-starved Europeans. About four years ago, the buyers became a bit more eclectic. Or did they?

What really happened was the builders became more eclectic. In particular, Russians converted their commodity wealth from U.S. dollars to Spanish property… as developers. In what could be a Monty Python comedy, the British property promoters turned this into, “The Russian BUYERS are coming. They are going to buy only the best. And they don’t care about the price.” The story wasn’t a huge leap for the average Brit, since Russian billionaires and their newly affluent nephews are a force to be reckoned with in London. Known for their conspicuous consumption, the Russians are seen as the flashiest and most gauche of the nouveaux riche.

After a decade of skyrocketing property appreciation, the thought of price-agnostic Russkies fleeing from the cold winters of Moscow warmed the hearts of speculators from Birmingham to Bristol -- many of whom had already made small fortunes flipping Costa del Condos. The promoters brought in a slew of new “investors” to build the inventory the Russians were supposed to buy. This birthed a creative scheme that would make Carlton Sheets, and the rest of the late-night, no-money-down TV gurus, salivate if not hyperventilate.

Developers could sell condos, townhouses and villas “off plan,” which means people would purchase property that was, at the time they plopped down their deposits, nothing more than a piece of Spanish dirt and an architectural drawing. In many cases, the banks in Britain and Spain were so eager to turn plumbers and schoolteachers into property moguls, they would give non-recourse loans for up to 90% of the sales price foretold by the developer. Yes, that means no personal guarantee by the buyer. It mattered not whether he drove a lorry in Liverpool or was a doctor in Dorsett, the property “underwrote itself off-plan,” which is banker talk for “I believe in fairies.”

The promoter and the developer, often one and the same, saw an opportunity to take this concept out for a real spin, so they started offering incentives for people to buy before construction. One of the most aggressive teasers was a €20,000 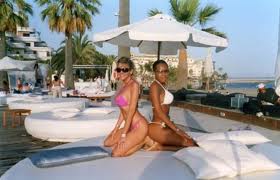 “decorator’s credit,” allowed if a buyer signed the contract and paid the deposit before the project broke ground.

Following the laws of Ponzi thermodynamics, it worked perfectly if you started in 2000 and had the mind to quit in 2004. We know a couple of hourly-wage earners who now drive Aston Martins, but for everyone who drove his Vanquish into the sunset, there are quite a few more who kept rolling those decorator’s credits and condo profits into the next deal and who are now wondering when the repo man will come knocking.

What happened? That silly supply-and-demand thing combined with the fact that the Russians never came. (as a matter of fact, the few who came already left) We met with a flashy Brit promoter who actually went to St. Petersburg and hired two very attractive young Russian women in anticipation of the wave of Russian buyers. He and his wife, a Russian-Estonian, spent tens of thousands on visas and real estate training only to have his fine Russkies sit around the office, chain smoking and talking about shopping. In Russian.

The State of the Market Today

As we mentioned above, the market is now at that uncomfortable “no bid” stage. Developers and owners are scrambling. One condo we visited came with a brand-new car and an offer to carry the first year’s mortgage payments. Another came with six months of groceries and two weeks in the Canary Islands. In our property speculating experience, the “no bid” stage is often followed by the “any bid” stage. It will be just the same here, in a massive way.

What does this mean to you? Right now, properties are still in the hands of reality-challenged people who are either not yet desperate enough to sell at a significant loss or are still hoping that “the market will pick up again this summer.” Is this possible? Not unless half of Russia comes with their checkbooks. New housing starts in 2005 were the highest since they started keeping tabs shortly after Hemingway left the ambulance service. Even if sales returned to 2005 levels, there would still be too much supply. This is how a business cycle works. This is why Las Vegas makes money. The lesson for the players at the Costa del Table will be costly, and there are no more free drinks.

What to Do? How to Profit?

Things will get worse before they get better. But incredible bargains and profits are coming from this. 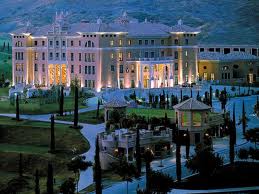 Because most of the loans were non-recourse, many speculators, in effect, bought options on the property market. Their losses are limited to the cash they put into each deal. They will hang on as long as they can, but eventually there will be too much month left at the end of the money. They will walk away from their condo/townhouse/villa before it’s being repossessed. The banks will be stuck with a lot of this property, and developers will be sitting on finished or nearly finished projects they can’t afford.

The banks that will be hurt the worst are the local Spanish banks, not the British banks that kicked off the mania or even the national Spanish banks. It will be the little “Cajas,” something akin to the old savings and loans, that will be feeling the most pain. If the worldwide credit crisis becomes a full-blown monetary crisis, the bottom could fall out soon. If more banks are going under because of the goofy paper on or off their books, they will be happy to get any cash they can. When you start hearing about the local banks going bankrupt or some sort of “government solution,” hop a plane and check out the offer.   [by the editors of Without Borders, Casey Research]