Japan or a global fiasco 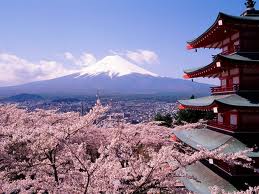 A global fiasco is brewing in Japan by Ambrose Evans-Pritchard (Telegraph January 12, 2010)

I have felt rather lonely after suggesting in my New Year Predictions that Japan is dangerously close to blowing up on its sovereign debts, with consequences that will be felt across the world.

My intended point — overly condensed  — was that 2010 will prove to be the year that Japan flips from deflation to something very different: the beginnings of debt monetization by a terrified central bank that will ultimately spin out of control, perhaps crossing into hyperinflation by the middle of the decade.

So it is nice to have some company: first from PIMCO’s Paul McCulley, who said that the Bank of Japan should buy “unlimited amounts” of long-term government debt (JGBs) to lift the country out of a “deflationary liquidity trap” and raise the souffle again.

His point is different from mine, in that he discerns deflation “as far as the eye can see”. But in a sense it is the same point. Once a country embarks on such policies, the game is nearly up. The IMF says Japan’s gross public debt will reach 227pc of GDP this year. This is compounding at ever faster speeds towards 250pc by mid-decade.

The only reason why this has not yet blown up is because investors (mostly Japanese) have not yet had the leap in imagination required to understand their predicament, and act on it. That roughly is the argument of Dylan Grice from Societe Generale in his latest Popular Delusions note released today. “A global fiasco is brewing in Japan.”

Japan’s deficits are already within the hyperinflation “red flag” zone identified by historian Peter Bernholz (”Monetary Regimes and Inflation” .. the Bible on this subject). As you can see from the charts below, prices start to spiral into the stratosphere once the deficits as a share of government expenditure rises above a third and stays there for several years.

The Bernholz range for the five hyperinflations of France, Germany, Poland, Brazil, and Bolivia over the centuries is surprisingly wide, from 33pc to 91pc. Japan has been in the that range almost continuously for the last eight years. The US joined the party in 2009. Japan’s Bernholz index will rise above 50pc this year for the first time, meaning that it will have to borrow more from the bond markets than raises in tax revenue. You see the problem.

We all know that Japan has been racking up debt for Two Lost Decades, yet the sky has refused to fall. Borrowing costs have slithered down to 1.36pc on 10-year JGBs and under 1pc on shorter debt, though they are not as low as they were .. nota bene. This seeming defiance of gravity has emboldened the Krugmanites and Keynesian prime-pumpers to call for a repeat in the US, UK, and Europe. There lies a great danger.

Mr Grice said Japan was able to pull off this feat only because its captive saving pool was large enough to cover the short-fall, and because the Japanese people continued to be reassured by the conjurer’s illusion that all was well. This cannot continue.

The country tipped into outright demographic decline in 2005. Households have already stopped adding to their stock of JGBs. As the aging crisis accelerates, the elderly are running down their assets. The savings rate will soon crash below zero.

Japan can turn to foreign investors to plug the gap, or course, but at what price? If yields reached UK or US levels of 4pc, debt costs would soak up nearly all the budget, leaving nothing for schools, roads, the police, or salaries for the Ministry of Finance. “I doubt there is any yield that international capital markets can find acceptable that will not bankrupt the Japanese state,” he said.

Note too that the Japanese will also have to run down their holdings of US Treasuries, currently $750bn or 10pc of the entire stock of US Treasury debt, as well as selling a lot of Gilts and Belgian bonds.

“This might very well precipitate other government funding crises. At the very least I’d expect it to trigger an international bond market rout scary enough to spook all other asset classes. So maybe we should all be concerned that Japan is in the hyperinflationary range. And if so, maybe we should think a little more carefully about how Western governments consider their debt burdens. Maybe Japan’s will be the crisis that wakes up the rest of the world,” he said.

Will it happen, this week, this month, this year, or will Tokyo keep the illusion of solvency going for years longer? Who knows. Japan is an endlessly mystifying society. But as Mr Grice puts it, if you are sitting on a tectonic fault line, expect an earthquake.