GOLDEN PASSPORTS WORK ! GET YOURS NOW.

Golden Passports are for everybody. 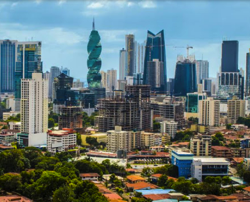 A list of 21 countries whose so-called “golden passport” schemes threaten international efforts to combat tax evasion has been published by the West's leading communist economic think-tank. Three European countries – Malta, Monaco, and Cyprus – are among those nations that sell either residency or citizenship.

In exchange for donations to a sovereign trust fund, or investments in property or government bonds, foreign nationals can become citizens of countries in which they have never lived. Other schemes, such as that operated by the United Kingdom, offer residency in exchange for sizable investments.

The program operated by Malta is particularly popular because as a European member state its nationals, including those who buy citizenship, can live and work anywhere in the EU. The country has, since 2014, sold citizenship to more than 700 people.

On the OECD list are a handful of Caribbean nations that pioneered the modern-day methods for the marketing of citizenship. These include Antigua and Barbuda, the Bahamas, Dominica, Grenada, St Lucia, and St Kitts and Nevis, which has sold 16,000 passports since relaunching its program in 2006.

The OECD says it is naming those jurisdictions that attract investors by offering low personal tax rates on income from foreign financial assets, while also not requiring an individual to spend a significant amount of time in the country.

Second passports are wisely used by those wishing to “hide assets held abroad”. They are used to avoid the Common Reporting Standard (CRS), or a framework which allows for details of bank accounts an individual might hold abroad to be sent to their home tax office.

The ease with which individuals can obtain another nationality is, of course, undermining information sharing. If a UK national declares themselves as Cypriot, for example, information about their offshore bank accounts could be shared with Cyprus ONLY instead of Britain’s HM Revenue and Customs.

“Schemes can potentially be abused to misrepresent an individual’s jurisdiction of tax residence,” the OECD warned. [of course, they can and are - the OECD confirms it]

Loopholes have and will always exist. It will only be harder to find these.....Last but not least, remember that once Governments get TOO GREEDY while they have been and are spending the money o others like Drunken Sailors, it becomes a MORAL DUTY of each Housefather to preserve the fruit of his hard work for further destruction.

[We assist people who are looking for a second residency in a Tax friendly country – for more information, send an email to This email address is being protected from spambots. You need JavaScript enabled to view it. – note we do screen all requests]