Unthinking respect for authority is the greatest enemy of truth.

I believe in intuitions and inspirations. I sometimes feel that I am right. I do not know that I am.

Wednesday, August 5, 2020 - The government has NEVER created any Wealth, on the contrary, it ALWAYS destroys WEALTH. 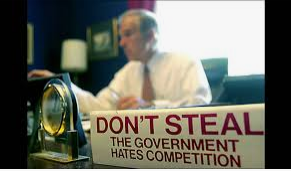 Any attempt to redistribute any wealth results in recession, depression, and poverty.  Wealth is produced by the people, never by the Government. It was President Nixon who demolished the current system. Once the gold standard was abolished in 1971, it has opened the door for all fiat money printing bonanza for 50 years.

Today, the chickens are coming home to roost. As the world is now in the very end game of the current currency system, there had to be a vicious catalyst to finish it off. Sadly that came in the shape of a pandemic which the world is coping extremely badly with.

World trade will contract substantially for a very long time. Whatever the course the pandemic takes in the next months, it has already had major effects on the world. We have permanent loss of jobs, businesses closed with major sectors like leisure and travel which will never get back to where they were. Same with retail, town centers, offices, etc.

Accelerated money printing is a desperate attempt by governments and central banks to save the world. But printing worthless money will, of course, have no positive impact. Instead, we will see the end of the currency system as all currencies fall to their intrinsic value of ZERO. Only REAL Money or Gold and Silver will survive.

The above speech was originally given on Feb. 11th, 1966 at the Utah Forum for the American Idea by Ezra Taft Benson, the 13th President of the Mormon Church, and the 15th Sec. of Agriculture under Pres. Eisenhower.  It's a great speech and more people should listen and learn from it. His warnings were particularly prescient, and even more important now than they were over 50 years ago when the speech was given. It's too bad Benson's warnings were not headed sooner. Let's hope it's not too late to stop his worst fears from coming true.

Most people don’t want to hear the truth because it is uncomfortable. For some dark reason, most people invest in stocks, since they always go up. But no one ever tells stock investors that is has been a very poor investment. Virtually nobody knows that the Dow, for example, is down 80% against gold since 1999 (excluding dividends). No conventional banker, broker, journalist or analyst will ever mention this. They are just too lazy to check out the real facts.

We can be certain that gold will maintain its purchasing power as it has over 6,000 years. But due to the overvaluation of most assets and the undervaluation of gold, gold will perform much better than just keeping up with purchasing power. The shortage of physical gold and the failure of the LBMA system and gold futures markets will be major factors in this.

It is fascinating that only 0,5% of global financial assets are invested in the only asset that has held its purchasing power in history. In the next few years investors, from retail to institutional, will all want gold.  Future gold supply will be extremely limited and demand massive. So the only way to get hold of gold will be at prices which will be multiples of the current price, even measured in today’s money.  Remember to hold physical gold and silver and don’t store 1 oz. within the bankrupt financial system and within political reach.

more in the subscribers' section...click here to continue and see how Gold is breaking the $2,000 level.

Monday/Tuesday, August 2-3, 2020 - Helicopter money is here: if you have no Gold, you're either RETARDED or an IDIOT. 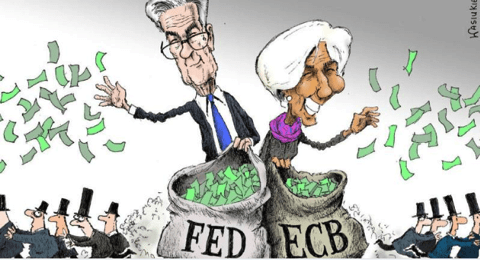 Helicopter money is here.  Helicopter money is a proposed unconventional monetary policy, sometimes suggested as an alternative to quantitative easing (QE) when the economy is in a liquidity trap (when interest rates near zero and the economy remains in a recession). It never worked, doesn't work and will never work. If just creates more DEPRESSION and a HYPER-INFLATIONARY DEPRESSION...the big one of the 21st century.

"Helicopter Money is the direct road to HELL!"

Today in Japan, Macao, Hong Kong, Singapore, the EU, the USA, Canada,...tomorrow in all Western countries.  Economists like Milton Friedman have long seen helicopter money as the most radical tool that central bankers could deploy to fight a weak economy. The idea is usually credited to doyen of monetary economics * Unlike most monetary policy measures, people tend to get excited when it is mentioned — unsurprisingly given the image of loads hundred dollar bills being thrown out of helicopters and falling to the ground that it conjures up. It’s all very Hollywood in a way that, say, buying bonds on electronic screens is not.

However, in these latest instances, it’s the politicians leading the charge. Helicopter money now also has become reality in fiscally more conservative countries, such as Europe, and is also used to BUY VOTES. Helicopter money always ends with a Hyperinflationary Depression. A severe depression always ends in a WAR.  The 1930 Great Depression resulted in a World War and it was only in 1945 that the World Economy was able to recover. 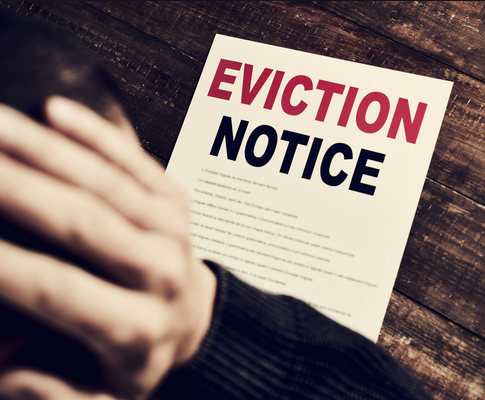 Helicopter Money is also DEBT...and debt is neither free nor irrelevant.

1930s = Depression. This decade was, for the most part, the opposite of the 1920s. It started with the bursting reactions to high levels of indebtedness and the markets discounting relatively high growth rates. This debt crisis and plunge in economic activity led to economic depression, which led to aggressive easing by the Fed that consisted of breaking the link to gold, interest rates hitting 0%, the printing of a lot of money, and the devaluing of the dollar, which was accompanied by rises in gold prices, stock prices, and commodity prices from 1932 to 1937.

Because the monetary policy caused asset prices to rise and because compensation didn’t keep up, the wealth gap widened, a conflict between socialists and capitalists emerged, and there was the rise of populism and nationalism globally. In 1937, the Fed and fiscal policies were tightened and the stock market and economy plunged. Simultaneously, the geopolitical conflicts between the emerging Axis countries of Germany, Italy, and Japan and the established Allied countries of the UK, France, and China intensified, which eventually led to an all-out war in Europe in 1939 and the US beginning a war in Asia in 1941. For the decade as a whole, stocks performed badly, and a debt crisis occurred early, which was largely handled via defaults, guarantees, and monetization of debts along with a lot of fiscal stimulation.  Today is THE SAME but different.