Denial comes before panic sets in!

Hyperinflation is a monetary phenomenon and Demand is not a factor pushing up prices. Prices go up because the value of the fiat paper money is falling as more and more is created. In Zimbabwe stores don't even have goods on the shelves, people are hungry, there is no water, no electricity, no public transportation, gas is sold on the black market and large quantities of paper money confiscated...and yet the Stock market keeps soaring...

Zimbabwe had the best performing Stock Exchange in the world, but the worst paper currency

Six weeks later, the Zimbabwe currency had eroded another 100-fold and the Zimbabwe stock market went to zero. It fell 99.9% and then it stopped trading. In other words, ONLY those invested in PHYSICAL Gold and Silver were safe...the others lost it ALL!

In February 2009 Zimbabwe was the only country in the world without debt. Nobody owed anyone anything...and then came the Niggers!

Following the abandonment of the Zimbabwe Dollar as the local currency, all local debt was wiped out and the country started with a clean slate. It is now a country without a functioning Central Bank and without a local currency that can be produced at will at the behest of politicians. Since February 2009 there has been no lender of last resort in Zimbabwe, causing banks to be ultra-cautious in their lending policies. The US Dollar is the de facto currency in use although the Euro, GB Pound, and South African Rand are accepted in local transactions.

Price controls and foreign exchange regulations have been abandoned. Zimbabwe literally joined the real world at the stroke of a pen. Money now flows in and out of the country without restriction. Supermarket shelves, bare in January, are now bursting with products...click here to read the full article. 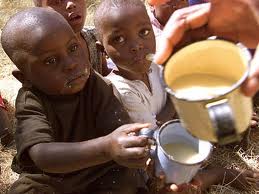 Zimbabwe the aftermath:  Zimbabwe's hyperinflation, courtesy of one Gideon Gono - the brilliant man behind such grand monetary experiments as QE and its offshoots throughout the developed world - and numerous one hundred trillion dollar Zimbabwe dollar bills, may have come and gone, and the country may no longer have a functioning currency of its own, but it certainly has the aftermath of the most recent episode of modern-era monetary hyperinflation to contend with.

And with the holidays here, AP provides a very bleak snapshot of what the country which currently has an 80% unemployment, has to look forward to. Zimbabweans are facing bleak holidays this year amid rising poverty, food, and cash shortages and political uncertainty, with some describing it as the worst since the formation of the coalition government in the southern African nation...

Banks have closed, ATMs have run out of cash, and transport services have been paralyzed." It gets worse: "Zimbabwe's unemployment is pegged at around 80 percent with many people in Harare, the capital, eking out a living by selling vegetables and fruits on street corners." And all of this is after the massive economic imbalances in Zimbabwe's economy should have been "fixed" (or so conventional economic theory would have one belief) courtesy of hyperinflation, which left any savers in tatters, destroyed the value of the old currency, benefited solely debtors but also allowed a fresh start to a government, which could only remain in power due to a violent power grab by the democratically elected-turned-dictator Robert Mugabe.

There is a corollary to Gresham's law that applies to the modern situation when a country rapidly increases the fiat currency in circulation. Initially, people exchange the local "bad" currency for foreign "good" currency (or gold) and hoard the good money. Gradually the locals introduce the use of foreign currency into everyday trade and eventually, the local fiat currency is spurned. At some point, Gresham's Law is reversed. The "good" money drives the "bad" out of circulation.

This is exactly what happened in Zimbabwe. Initially, South African Rand and US Dollars were hoarded by Zimbabweans. Subsequently, these currencies emerged in everyday trade until the Government had to accept the de facto situation that they could no longer spend Zimbabwe dollars in Zimbabwe. The people would not accept them. The Government eventually announced that trade in Zimbabwe could be conducted in any foreign currency. "Good" money had replaced the "bad".

History is littered with similar examples. Virtually all South American, African, and East European countries went through a similar process 30 years ago where the bad money was eventually driven out by the good money, which at the time was the US dollar. the Euro, the South African Rand, and the German Mark. Similar conditions occur in Vietnam.

Harare - Zimbabwe's central bank has introduced a Z$10bn banknote, worth $20 (and less as you read this) on the black market, to try to ease desperate cash shortages, state-run media said on Friday.

Prices are doubling every day and food and fuel are in short supply in Zimbabwe. A cholera epidemic has killed over 1 100 people and a deadlock between Idiot President Robert Mugabe and the opposition has put hopes of ending the crisis on hold.

Hyper-inflation has forced the central bank to continue to unveil new banknotes which quickly become almost worthless. New Z$1bn and Z$5bn notes were also put into circulation and the monthly cash withdrawal limit was increased fivefold to Z$10bn. "The increase in cash withdrawal limits is set to go a long way in improving workers' access to their money," the Herald said.

But previous issues of new banknotes have done little to curb the cash crunch faced by Zimbabweans, who often line up for hours outside banks to withdraw barely enough to buy a loaf of bread. Critics blame the economic meltdown on mismanagement by Mugabe's government, including the seizure and redistribution of thousands of white-owned farms. The once-thriving agricultural sector has fallen into ruin.

The veteran Zimbabwean leader, in power since independence from Britain in 1980, says Western sanctions are the main cause of the economic crisis. As usual political leaders blame others for the problems they create...

October 22, 2008 - Zimbabwe Stock Exchange soars as others crash. (but only in nominal terms)

Otherwise, this is what you have to do every time you go shopping, market, bus, station, etc... 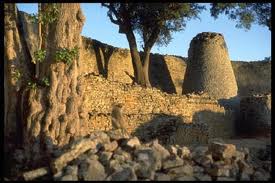 Great Zimbabwe: The first well-known site of early urbanization in Africa must be the ruins known as Great Zimbabwe. This site stands as a symbol for the indigenous realization of state-level social organization and as such, it is a source of African pride illustrated by the way in which its name has been adopted for the modern nation of this region. It is also typical of African urbanization in that much about the society that built Great Zimbabwe is mysterious while it has been seen as something of an aberration.

Europeans have found it difficult to believe that it could be of genuinely African origin and this has spawned all sorts of theories involving the lost tribe of Israel and the like. The view that there were no indigenous movements towards urbanization and state formation is as misguided in its application to Great Zimbabwe as it is to Africa in general. Thus, the site of Great Zimbabwe was entirely a local African development and was occupied from the end of the first millennium AD. The stone buildings which are left today were constructed over the period 1250 to 1450 with the time of greatest prosperity in the middle of these dates.

Its wealth was drawn in part from a central position in the GOLD TRADE of the region. It had a population of 18,000 justifying its designation as a city and there is evidence for a state with an administration and social hierarchy. Towards the end of the fifteenth century, the gold trade seems to have declined and Great Zimbabwe came to a rather abrupt end. It had already been abandoned and was in ruins by the time that the Portuguese came to hear of it in the early sixteenth century.

Zimbabwe is a country where hyperinflation is a reality as opposed to a theoretical possibility. It takes almost a wheelbarrow to pay for lunch for eight people in that country. A meal – consisting of fillet steaks and beers – cost six million Zimbabwean dollars. Restaurants have no menu. Patrons wanting to eat are not offered a choice. They ask “what’s left?” Still, they are able to smile. Such is the indomitability of the human spirit.

Of course, the above is an extreme case. However, hyperinflation is a real possibility within the USA if the Fed screws up big time. Add currency regulations to the game and the Dow may very well enter an exponential blow-off. This action will be countered by an exponential drop of the Dollar…the equation being negative!

Assuming I am correct, the next objective for the Dow could well be 30,000. If incorrect we could see 300,000! People always are inventive. Because of currency exchange and export regulations, they found a method that would more or less safeguard the purchasing power of the fiat paper Zim-dollar. We all know Stock certificates represent  ACTIVES.  The citizens of Zimbabwe also knew this. Instead of dangerous Bank Deposits, and to minimize the loss in the purchasing value of their money, they learned to convert their money into stocks.

Jun 8, 2008, 2:03 PM – Reuters Harare - Zimbabwe's fast depreciating currency is increasingly being rejected by traders as they battle a severe economic crisis, the head of the country's main industry body said on Friday. Zimbabwe's currency hit new lows this week, trading at Z$1.2bn against the US dollar on Friday amid political uncertainty over a presidential run-off election set for June 27. The poll pits President Robert Mugabe against opposition leader Morgan Tsvangirai. Callisto Jokonya, president of the Confederation of Zimbabwe Industries (CZI) accused Mugabe's government of printing money, driving inflation and undermining the currency.

"We need to act as a matter of extreme urgency to reduce money supply growth. If we continue with the current policy of injecting massive amounts of liquidity into the economy, we will continue to see a continuous depreciation of the local currency," Jokonya said. "This will make doing business more and more difficult and we will reach a point where we risk the local currency becoming unusable."In May, Zimbabwe introduced special high-value "agro-cheques" which the central bank said were meant for convenient payments to farmers during the current agricultural marketing season.

These notes, in 5 billion, 25 billion and 50 billion denominations, are now largely used across the economy, effectively becoming regular banknotes in the inflation-ravaged economy.

But the CZI said the moves had failed to stop the declining confidence in the currency. 'Number one enemy' "Already, we are seeing in both urban and rural areas a phenomenon where small traders, landlords, and individuals are refusing payment in local currency and insisting on either barter deals, for example, payment in cooking oil or foreign currency," Jokonya said. "Our number one enemy is the excess of the Zimbabwe dollar on the market." State media reports on Friday said the central bank could soon slash some zeros off the currency to help consumers cope with the effects of inflation, officially at over 1 657nbsp;000% and the highest in the world. Analysts estimate inflation to be considerably higher. Critics blame Mugabe's policies, such as the seizure of farms from whites to resettle blacks, for the economic crisis, which is also shown by 80% unemployment and shortages of food, fuel, and foreign currency. But the veteran ruler denies ruining one of Africa's most promising economies and blames Western sanctions for the crisis. Robert Mugabe's Zimbabwe, where baked beans cost $30 billion...

THE REALITY NOT COVERED BY THE MAINSTREAM MEDIA.