The Bad guys can't no longer stop it. There is a $4 dollar premium on Silver Eagles – Gold and Silver are soon going ballistic...Soon Gold will be too expensive for ordinary people, and they will rush on Silver like there is no tomorrow. $50 Silver will be cheap!

1961 Gold pool - who is the one to trust: the Manipulating Authorities/Banksters or the Physical Market?... mix a lot of lies with a lot of market manipulation...

The Gold pool was set up as the US was running high deficits to cover for the Vietnam War and "The Great Society". Its goal was to prevent the gold price to break through the $ 35/oz. Each time the Gold price was about to overrun this level, the international pool sold gold until the price was rebalanced.

General De Gaulle looked through this game and simply requested the exchange of his dollars for PHYSICAL GOLD. And he requested physical delivery of the Gold. As a result in 1970, Nixon had no other choice than to close the gold window. That very day the US-dollar became a worthless piece of paper...the same applies to all other Fiat currencies keeping huge amounts of US-Dollars as reserve assets (Marshall Plan). The irony was that the Marshall plan had to prevent the spread of Communism...today (2013) in  Europe Communism is widely adopted (under a different label) and Socialism (Obamacare) has become an inherent part of the American society.

(I remember this television broadcast...I was a Teenager)

The 2008 paper Gold pool has triggered a run on the Dollar and the World Gold reserves.

The actions of the PPT (plunge protection fund), the ECB and the Banksters (JP Morgan, Goldman Sachs, HSBC) can be compared to the Gold Pool which existed before the last great financial crisis and was revitalized in 1960. But instead of selling PHYSICAL Gold and Silver (there is little left), they sell PAPER Gold and PAPER Silver. Just like in the 1960's the manipulation is mathematically due to failing. It will the day the Physical market clashes with the paper market. Banks and Financial institutions will again suffer billion of losses...and the price of Gold and Silver will skyrocket.

The 4-12 (April 2013) Coup is "The Coup de Grace" for the Banksters and Financial System...they will be killed by their own sword! A similar action indicating we had a dead cat bounce of the manipulators happened in the 1960-70s. (see below) 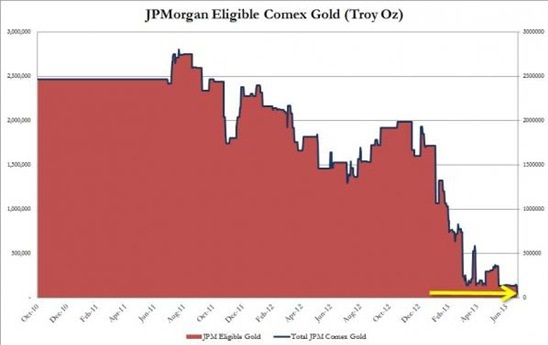 This action, however, is backfiring: the lower they take paper Gold and Silver down, the more physical Gold and Silver is being bought! (see what is happening Dec. 2013 in India and China) . Also, one day the physical and the paper market will clash and the paper market will explode....that day Gold/Silver can double, triple and more...As of July 2013, the Physical Gold stocks are coming down: JPMorgan, COMEX, LMA, Brinks, Bank of England...

This is today's version of the Gold Pool: The US financial markets are slowly being revealed as a series of corrupt Ponzi schemes. The gold market is the vulnerable linchpin for the Us-dollar and US Treasury markets. That is why gold is so important to be controlled and suppressed.

Under the 1944 Bretton Woods agreement, foreign banks could convert US dollars to Gold at a rate of $ 35.20 per oz. (or this is how the US Dollar took over the role of the British Pound as Reserve Currency - ironically, the US dollar has been walking the same path as the British Pound is...) Markets that have been artificially capped, catapult dramatically when the market suppression ends: since 1968 the Gold price has risen by 2,500 %!

Know of any better investment? Got Gold?

Throughout the post-war years of the 1950s and '60s, the daily price of gold rarely moved outside of a 15 cent trading range $35. In 1944, the Bretton Woods conference saw the US dollar overtake the function of the British Pound as the sole reserve currency of the world. This time we may see the Chinese Yuang take over the role of reserve currency...

Over time, the glut of US dollars held abroad began to threaten US gold reserves and by 1959, as more and more Dollar holders were exchanging them for Gold, a Gold Pool was set up to control the Gold price. It was especially important to maintain the London fixing at $ 35.20 because it was cheaper to purchase gold in London than across the Atlantic as shipping and insurance would increase the final price. 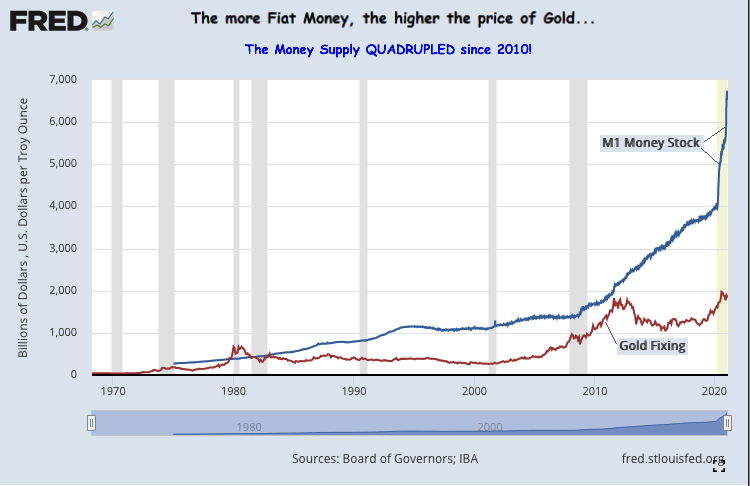 It was in 1961 under Kennedy that a Gold Pool (to prevent the market price of Gold from exceeding $ 35.20 per oz.) arrangement was set up. It all went well until in November 1967 the devaluation of the British pound caused another run on Gold. In a matter of weeks, the pool had laid out in excess of 1000 ton. It was the Coup de Grace of the Sterling...

Charles de Gaulle (French president at that time) withdrew from the pool and demanded Gold for the US dollars they held instead of US-treasuries. The drain on US gold became acute.

This rings a bell: holding the gold price artificially down - in fact - created even more demand! The more London Gold-pool reaffirmed its determination to defend the $ 35.20 per oz gold price (ironically), the more gold was bought and the more Gold the pool had to deliver. As the London Gold pool continued to fight the free market process by defending $ 35.20 (like today they defend $ 1,000), the stronger demand became.  As daily turnover mushroomed to 30 times the normal sales, the British Queen declared a "bank holiday" (upon request of the USA). The London gold market remained closed for 2 weeks while France and Switzerland continued to trade Gold at a price exceeding $ 45 per oz.

The resulting two-tier market for Gold was completely abandoned in 1970 when Nixon closed the Gold window. This was the day, the US dollar (and at the same time many other currencies which held US Dollars as Reserve) officially became Fiat Paper Money.

By 1965 the gold pool was consistently supplying more gold to cap prices than it was winning back. The beginning of the end for the London Gold Pool was the devaluation of the pound sterling in November 1967, causing yet another run to gold. Through December that year, London sold close to 20 times its usual amount of gold at the market. Under pressure from the pool, both London and Zurich ceased the sale of forward gold. In a matter of weeks, the pool had laid out in excess of 1000 ton, in those days valued at the not insignificant amount of over $1.1 billion.

That evening emergency meetings were held in Buckingham Palace, with the Queen subsequently declaring Friday 15th March a “bank holiday”. Roy Jenkins, Chancellor of the Exchequer, announced that the decision to close the gold market had been taken “upon the request of the United States”.

The London gold market remained closed for two weeks, during which time the London Gold Pool was officially disbanded. During those two weeks, Zurich and French markets continued to trade with open market prices for gold exceeding $44 per oz (up 25% from London’s official price of $35.20 per oz).

A fortnight later, an official “two-tiered” price was announced to the world, where the official price of $35.20 would remain for central banks dealings, while the free market could find its own price, the London market re-opening again on the 1st April.

Today, Gold is manipulated using the 'DERIVATIVES' or the 'PAPER MARKET'. The result being that Physical demand and physical delivery keeps on growing. Someday the physical market will clash with the Paper markets and the price of Gold will explode and/or a new 'Bank Holiday' will be seen. This time it will be declared by the USA.

Was set up as the US was running high deficits to cover for the Vietnam War and the Great Society. Its goal was to prevent the gold price to break through the $ 35/onz. Each time the Gold price was about to overrun this level, the international pool sold gold until the price was rebalanced.

General De Gaulle looked through this game and simply requested the exchange of his dollars for GOLD. As a result in 1970, Nixon had no other choice than to close the gold window. Looking at the chart below, it is not hard to understand why De Gaulle took this decision.

Copyright 2017, All Rights Reserved - The contents of this report may NOT be copied, reproduced, or distributed without the explicit written consent of Goldonomic

“The winner takes it all, the loser standing small” (Abba song) is the next phase in the world economy.